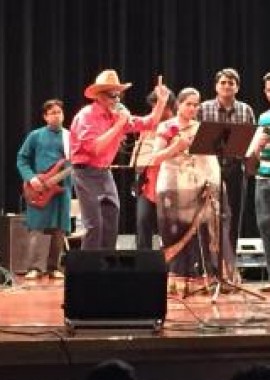 On October 11th of 2014, a wonderful night of music and the arts took place in the auditorium at Keefe Technical School in Massachusetts. Manitha Neyam Trust put on a show with a very talented music group named AAROH, who took the audience back in time to the vibrant music of Ilayaraja and more. The audience cheered and smiled as the band brought back favorites from the 50s and 60s through the 90s.

While the concert was on a roll, outside there were tables stationed with handmade crafts, jewelry and information. Volunteers came from near and far to help organize and set up the event, and the event could not have been pulled off without them. It was truly a blessed night.

By the end of the night, Manitha Neyam Trust had raised over $10,000 thanks to the audience, the volunteers and most importantly the wonderful AAROH group. We hope to hold more successful events like these in the future!